Meizu has been on the smartphone market for exactly a decade, since the launch of its first Meizu M8 in 2009. After experiencing changes in the structure of the high floors and a contraction in sales caused by the contraction of the product line, Meizu is doing everything possible to maintain its youthful vitality and uncompromising adherence to product quality.

During these ten years, Meizu’s mobile phone business has peaked, but it has also gone through a lot of difficulties. The company has abandoned classic products such as the MX and Pro series. Over the past year, the company continued to shrink its product line and introduced only 7 smartphones – the concept Meizu Zero, Meizu Note 9, Meizu 16s, Meizu 16Xs, Meizu 16s Pro, Meizu M10 and Meizu 16T. The goal is a gradual transformation from quantitative to more boutique production. Following this task, Meizu even aggressively closed the Meilan brand.

In an interview with NetEase, Vice President Hua Hailiang said that the situation in the mobile phone industry is complex, the competition is fierce and it is difficult to talk about great growth in this stormy sea. Meizu will reorganize the positioning of its brand and in the future will focus on high-end products.

Hua Hailiang joined Meizu in 2004. From taking care of forums, through product development and channel building, he is now in charge of Meizu’s marketing, as well as audio and other peripherals.

In the 5G era, Meizu will not chase huge sales and market shares at any cost, but will seek cost efficiency and increase brand growth. It will emphasize its strengths, namely the aesthetics of product design and its Flyme user interface. That is, it will return to its original appearance when it released fewer products, but of a higher class.

A problem that negatively affected sales was the delay in deliveries after the presentation of a product. Especially when the company released the Meizu 16th series last year and the Meizu 16s Pro this year. The new phones received very good reviews from the media and consumers, but were not available for purchase long after their announcement. Qualcomm also played a big role in the delay, supplying chips to companies with a larger market share. In addition, larger manufacturers negotiate better prices with Qualcomm.

As we have already learned from Nanfang’s interview with Chief Technology Officer Liang Dongming, in 2020 the company will launch at least four 5G smartphones and they will be flagship models. The first of them will be the expected Meizu 17, which will be equipped with a Snapdragon 865 and an X55 5G modem.

Qualcomm also produces 5G chips for mid-range phones, such as the Snapdragon 765. In recent years, Meizu smartphones have been equipped with processors mainly from Qualcomm, but there is also possibility to cooperate with MediaTek and Samsung, which also have their own developments for fifth generation networks.

In addition to mobile phones and their accessories, Meizu has also launched the high-end personalized headphones Meizu UR, which are manufactured at the customer’s request. Most recently, the company presented its products at the Tokyo Audio Accessories Festival. In addition, Meizu has expanded its PANDAER lifestyle product line and launched a new LIFEME brand for consumers with a higher standard of living. 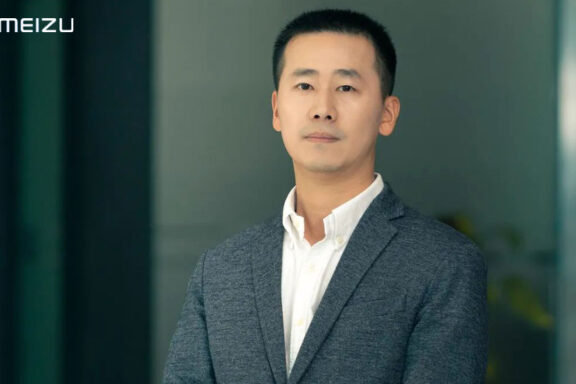