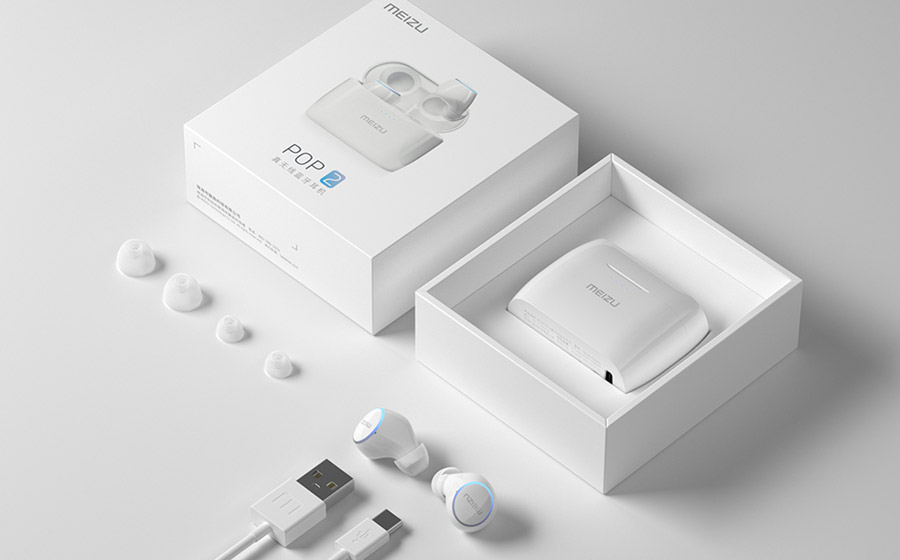 Meizu POP were presented on April 22 last year. Exactly a year later, Meizu released the second generation of Bluetooth Earbuds. Meizu POP 2 retains the design of the original. They are again available in white, with a blue outer halo. But the company has made changes from within.

The Meizu POP 2 headphones now weigh only 5.4 grams. They have smaller batteries – 55mAh, compared to the original 85mAh, but despite the reduced capacity, the battery life has doubled. POP 2 takes up to 6 hours on a single charge, compared to its predecessor’s 3 hours. One of the reasons for better battery life is the transition to Bluetooth 5.0 LE, which requires less power than Bluetooth 4.2.

The box for placing and charging the headphones also has a reduced battery capacity – 350mAh, compared to 700 mAh in Meizu POP, but the company claims that users will get an additional 16 hours of work. In the second generation, however, the box cannot be charged wirelessly, but only via a USB Type-C port.

Meizu POP2 are also waterproof and resistant to sweat and rain, meeting the IPX5 standard. Again, they use a graphene diaphragm for perfect audio. They are managed in the same way when receiving calls and calling the voice assistant.

A very important advantage of POP 2 is their price, which is lower than that of Meizu POP. Currently on AliExpress, the global version of the headset sells for about $56, including transportation.