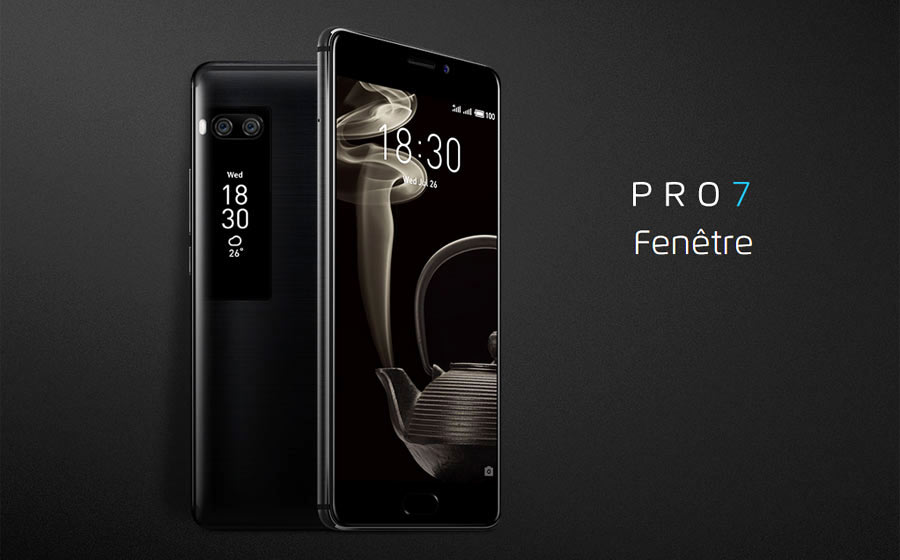 At the end of July 2017, Meizu officially introduced its two new flagships – PRO 7 and PRO 7 Plus.

The second Fenêtre display on the back, for the development of which the company has invested 2.5 million dollars – 1.9″ AMOLED with a resolution of 240×536 pixels, which is the world’s first retina touch display located on the back of a smartphone. It can be used to display time, notifications, to control the MP3 player, even with its help you can take a selfie with the main camera, which is dual 12MP + 12MP Sony IMX386 ƒ/2.0, 1/2.9″, 1.25µm , PDAF.

The two smartphones have similar characteristics. They differ in display size, processor and memory.

The front camera on both models is 16MP ƒ/2.0. The charging port is USB Type-C. The phones are equipped with Hi-Fi audio with Cirrus Logic CS43130 Smart PA chip.

Meizu PRO 7 and PRO 7 Plus come pre-installed with the Flyme 6 user interface based on Android 7.0.